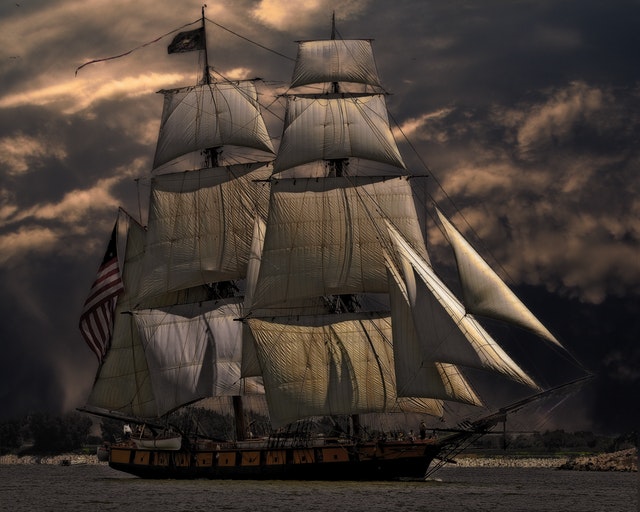 They dropped anchor when they saw us coming. Red sails against a blue sky, a flag as black as the ink from a rich man’s pen. No merchant vessel is stupid enough to flee the Caimen. Fast as the winds that cut through the waves in these parts, she has a speed even warship or a sloop would find hard to match.

And men that try to run are too often left to their drowning ship, like rats in the wreckage.

The merchant’s face is white when we board. His men are on their knees, silver and gold, jewels and furs and silks spread out before them like a nobleman’s ransom. A plea, I think. A bribe to let them live.

Scibb runs his fingers through the chests, his eyes alight with a lust for gold that has never been sated. He’ll spend most of it in the next port, waste it on women, wine, and too much rich food. He’s a good first mate, a sailor most captains would envy, but he’s a fool.

I have no interest in gold.

My men find the chest in the hold, beneath a pile of straw. Hidden. I raise an eyebrow at the merchant, enjoying the sweat beading his fat face, and run my fingers over the damp wood. Bound in iron, padlocked with steel. Here is the real treasure, the thing that had me chasing over the high seas after a single fat merchant’s ship.

I take the book out, undo the clasps, and stroke the handwritten parchment, the lustrous illustrations. “Congratulations.” I smile at the merchant and place the book back into the chest, signaling to my men to take it to my ship. “You’ve bought your lives. Live them well.”