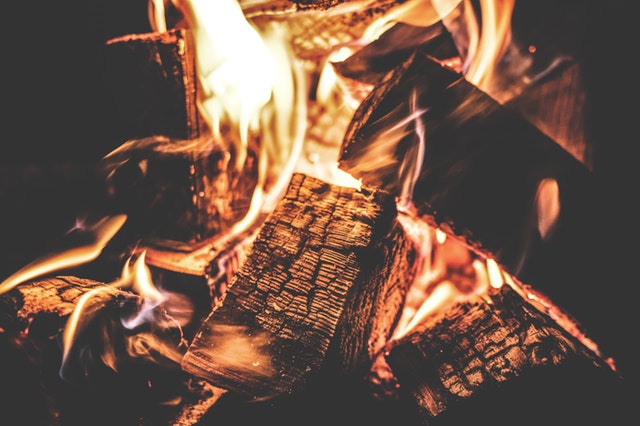 They fall asleep as soon as the fire is lit. Firelight flickers on the walls of the cave, on the dirt floor and their weary faces. We don’t dare take roads through this country, and walking through fields and bogs is hard with their short legs and tired feet. Tramps aren’t a welcome sight this far south. The last farm we stopped at sent us packing with dogs on our heels. Cole still has a bruise from the rocks they threw. We might be luckier in the cities, but we don’t dare risk even a small town. Not yet.

Another wolf howls, and Cole smiles at me when I look up. He’s tired, I can see that, but he won’t sleep tonight. Our feet were bleeding when we passed through the first bog this morning, and the wights are following us now, drawn to blood and weary hearts. He’ll stay awake to keep them off, although I’ve told him three or four times that I’m not tired, and haven’t lain down yet to prove it.

He’s afraid of the wights, I think. And of being found. We’re always afraid of being found. We avoid the roads, beg at farmhouses, and eat bitterroot and wild potatoes to keep from being caught in a town or village. It’s worse for him than it is for me. When we ran, I was still a child, still six months shy of the right age. But Cole is a year older than I am, and to the men that ran our workhouse, he stole me. Me, and the nine other children we’ve dragged along with us. We shouldn’t have taken so many, but I couldn’t leave any of them behind. We belong together, all of us, and to leave even one behind would have hurt too much.

So he’s a thief who stole ten children from the mills they worked in. If they catch us, I’ll go back to the workhouse. But they’ll hang him.

So we stay awake together, listening to the wolves howl until the sun rises.