The Mistress of Crime. One of the best selling authors of all time, second only to William Shakespeare. We know her from characters like Miss Marple and Hercule Poirot. Her detective stories are chilling, intense, and morbidly interesting.

And Then There Were None was more so. 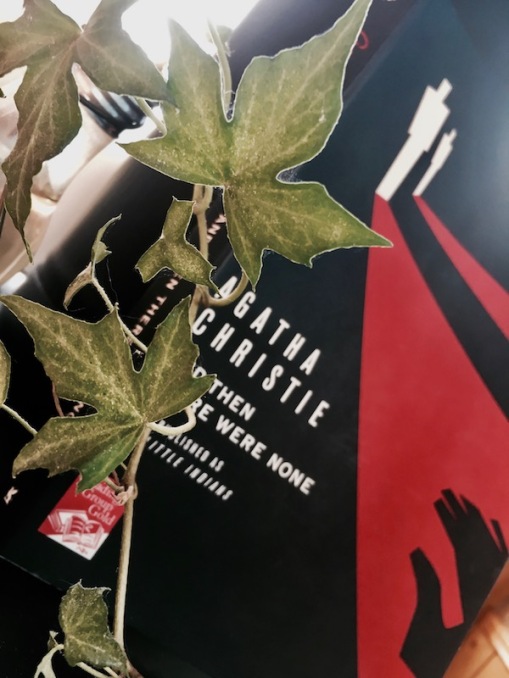 Considering it’s one of the top ten best selling books of all time, you’d think I would have read this book before now. It slipped beneath my radar, you might say, and I never got around to it. Until one of my friends insisted I give it a try.

Since most of my library is second-hand (because only a millionaire could afford to expand their library as quickly as I do on Barnes and Noble pricing), I had to wait around until I found a copy at one of the thrift stores I frequent.

Then I had to finish the book I was reading, because I am not one of those brilliant people who can read more than one book at a time. (Please tell me how you do this.)

I picked it up one morning before work, thinking I would read the first chapter and get around to the rest later.

Two hours later, I finished it.

Then I proceeded to panic and question the motives of everyone in my immediate family and friend group.

This book was terrifying. The characters were terrifying. Agatha Christie painted an intimate, vivid portrayal of what people are reduced to when they are afraid. Each character, men and women, seemed harmless enough—even likable—in the beginning of the book. I picked my favorites immediately and rooted for them through the whole book—only to be stunned by how twisted their minds and morality became when faced with the unknown.

The basic premise of the book (as most of you will probably know, since the book was published in 1939), is that ten people are invited to an island. Soldier Island. Some are there on vacation, others as servants or assistants to the host (who never appears), still others asked to come and ‘investigate’ some strange happenings on the island itself. The boat comes, drops them all off, and leaves again.

Within a few hours, the first two people are dead.

The book is summed up quite cleverly by a poem left in each of the guests’ rooms, a morbid little ditty called Ten Little Soldier Boys. They laugh when the poem is first discovered, but within three deaths, no one is laughing anymore, and it becomes the map through the rest of the book. Clues, almost, to how the next murder will be committed.

As I said. Terrifying. 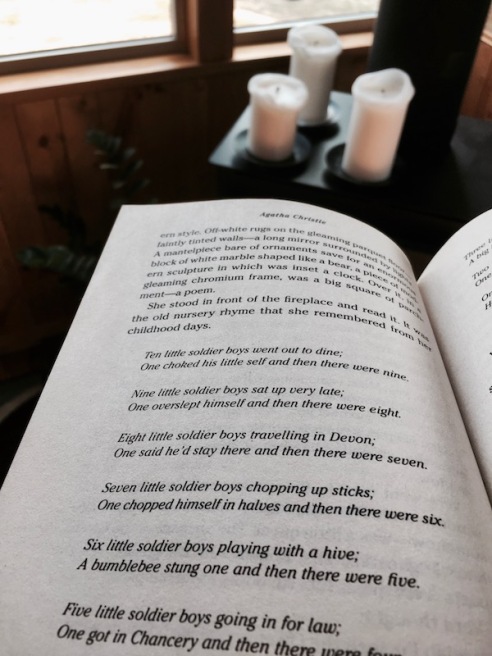 And Then There Were None was an incredibly well written, fast-paced thriller. I enjoyed every page of it and found it impossible to put down once I’d opened it. If you’re looking for a book to scare the daylights out of you, pick this one up! (Take my advice, read it during the day. Or don’t. Whatever bakes your cake.)

One choked his little self and then there were nine.

One overslept himself and then there were eight.

One said he’d stay there and then there were seven.

One chopped himself in halves and then there were six.

A bumblebee stung one and then there were five.

One got in Chancery and then there were four.

A red herring swallowed one and then there were three.

A big bear hugged one and then there were two.

One got frizzled up and then there was one.

He went and hanged himself.

And then there were none.

5 thoughts on “And Then There Were None”