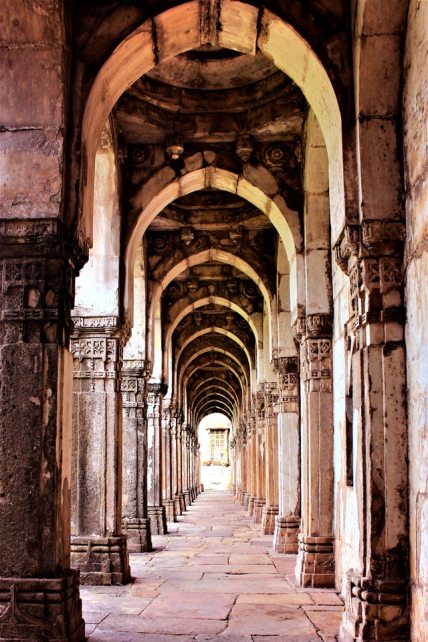 Wounded men leave blood on the floor. That’s the greatest difficulty. The nuns who work in the outer nave have scrubbed the tiles a thousand times, but we’re always afraid they’ll miss something. A spot of blood. A smear of filth that we can’t explain away by talking about the rains and our kitchen garden. We take the men to the crypts, hide them behind the gravestones and the tombs while the nuns tend their wounds, but they bring the stench of the battlefields with them, and it’s nearly impossible to hide.

I’m ready when a novice comes to tell me that there are men here to see me. We’ve lit scented candles in the halls, in the nave, even in my office to hide the scent of death, and the nuns have taken the men deep into the vaults where the dead rest and the air is still. We’ve done what we could, and more than many would have advised. We are ready.

The man waiting in my office has medals pinned to his chest and silver braid on his shoulders. The uniform is a familiar one by now, although it doesn’t belong to my country, or any that I would have sworn friendship with. He is lingering at my shelves, his fingers stroking the thick tomes, the leather bindings of the books I’ve spent years collecting. He smiles when I enter, but his eyes never leave the books, as if he’d found something in them to use against me. “Are you aware, Father, what the penalty for harboring the enemy is?”

The very bluntness of the accusation was, I suppose, intended to unnerve me. When I say nothing, he looks up from the shelves to search my face and smiles. “You admit guilt then?”

I shrug. “I’m not admitting anything. You’ve come here before, Captain. You found nothing then. You’ll find nothing now.”

His smile remains, his eyes growing as cold as the fog that rolls in over the barrows. “So you claim, Father. But the third time is the charm, they say.” He skirts my desk, his gaze wandering over the papers, the letter I’ve been writing, the Bible open on the corner. “Remind me, Father,” he says softly, “it was Jesus who told his disciples to ‘render unto Caesar what is Caesar’s’ . . . correct?”

I have to resist the urge to laugh. “It was.”

“Are you implying that I don’t pay my taxes?”

His smile disappears, and he slams a hand on the desk. “I know those men are here, Father. You might have some form of protection from the general because he’s a religious man, but if I find them here, even he won’t be able to help you.”

The silence that falls between us is poisonous. He’s searched our abbey twice now, looking for men off the battlefront. I’ve seen executions he holds in the streets, the prison camps where he sends the few he doesn’t kill. Every life we take within our walls escapes hell.

I meet his eyes, saying softly, “You have my permission to search, Captain. I’ve told you before. You won’t find anyone.”

We both know I’m not lying. This abbey is too old, too large for him to search properly, and the vaults beneath the floor are not on any map. No one outside the brothers and sisters living here know of its existence. He and his men will never find it.

At last, he straightens up, retrieving the gloves he’s left on my desk. “Very well, Father,” he says, low. “But remember this. Those robes aren’t bulletproof. Men of the cloth can be casualties of war as well.”