Les Miserables, Fiddler on the Roof, Singing in the Rain, and My Fair Lady are great favorites of mine, watched and enjoyed many—many times over.

Now, to set the record straight, I have never been to see a Broadway play. Ever. I would love to go one day, but tickets to New York City are expensive, and so are tickets to Broadway. So I have contented myself with the beautifully done film versions.

To those theater fanatics out there who are having a heart attack because of my ignorance, I apologize.

I will see a proper musical one day. 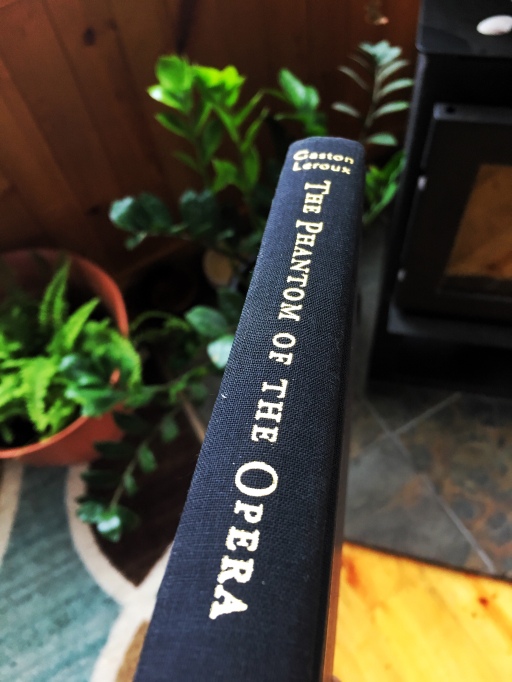 But for now, the films—and in some cases—the books have completely enchanted me. Les Miserables in particular has stolen my heart time and time again, the book no less than the movie. I cry when I watch it and hold the book in a very treasured place in my heart as one of the most beautiful works of literature that I have on my shelves.

Which is saying something, because my shelves are packed.

Another incredible musical that I have fallen in love with is The Phantom of the Opera. The 2004 film starring Gerald Butler was a gorgeous and haunting rendition of this timeless classic, but in many ways, I felt that it was too romanticized, too gentle with the Phantom. The book, in many ways, was much darker and much more twisted than I had anticipated. It was morbid, suspenseful, and in a word, marvelous.

The story begins with the change of management at the Palais Garnier, an opera house in Paris. The new owners are shown the facilities and left with a very strange set of instructions concerning the treatment of the ‘opera ghost’. Including a ridiculous demand to leave box No. 5 open every night for the ‘ghost’ to watch the performance.

They laugh off the mysterious demands, setting them aside as a prank set by the new owners, and sell the tickets for the box anyway.

All too soon, the results of their rash decision become apparent. A stagehand is killed, hung from the rafters by this phantom of the opera, and more and more accidents afflict the employees—and eventually the guests of this haunted opera house.

Amidst this turmoil, Christine Daaé makes her debut onstage, and it quickly becomes apparent that many of the ghost’s tantrums revolve around her and her stunning performance. He refuses to acknowledge any other singer, insisting that she take the lead role in an important production instead of the manager’s initial choice. 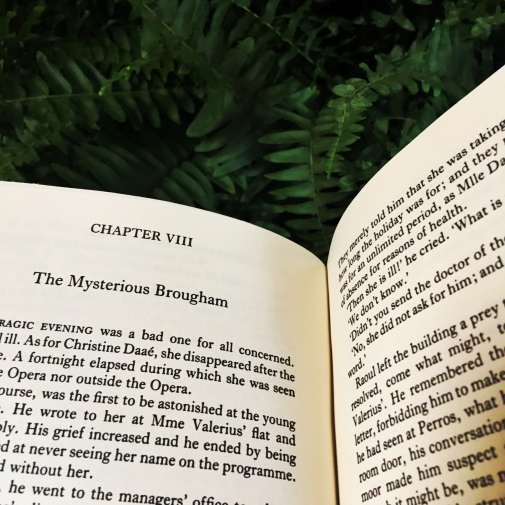 But Christine finds that her ’Angel of Music’, the mysterious patron who has guided and tutored her for many years, is not the sainted spirit that her father told her stories of when she was young. Too soon, she is caught in his labyrinth of traps and lairs beneath the opera house, forced to choose between allowing the death of the man she loves and her own freedom.

The Phantom of the Opera is a haunting, bone-chilling tale of intrigue and horror, wrought cleverly throughout with tragedy and love. The musical captures in part the beauty of this story, but misses a large portion of its suspense. If you’re putting together a list of horror novels to read for Halloween this year, I highly recommend adding this to your list!

Erik is not truly dead. He lives on within the souls of those who choose to listen to the music of the night.