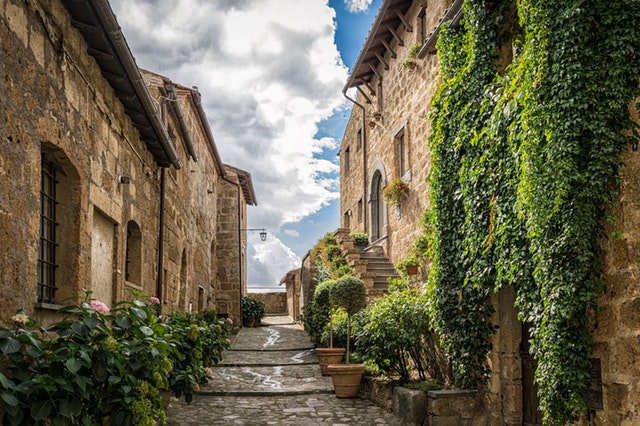 They say the best shops are the easiest to find.

I don’t agree with that. I’ve known many good shops in my time, shops that were hidden away, that took me all day to find. Sometimes the hunt is half the fun. But these days, people prefer main streets and wide roads, and convenience is more important than quality.

To some people. Not to everyone.

My workshop is an example. It’s not so easy to find me. I work where I’ve always worked: a little corner shop in a back alley, with a sign on the door that says, quite simply, Heartsmith. Inquire within.

Really, unless you know just where to look, I’m very difficult to find. I like it better that way. Heartsmithing is a complicated kind of work, and it’s harder to have done than most people think. If someone is determined enough to find me, they’re usually patient enough to last through the process.

Most of the time, anyway.

The shop is empty when I come down in the morning, and the workbench is cluttered with the tools I was using last night. I don’t close my shop after six o’clock. I’m always open, even in the middle of the night. Actually, I get a good portion of my work after midnight. People get a little desperate when the world is at its quietest. Sometimes they’re braver then too, brave enough to bring their troubles to me.

I let them in, of course. I live upstairs, over my shop, and I always hear the bell. Sometimes I’m up late anyway, working on a tough project. Either way, it doesn’t matter. I never turn anyone away.

No one is here now. I sweep the floor, tossing wood shavings and coal dust into the stove, then open the shutters and let the morning in. The village is waking up now, and I can hear the sounds of shops opening, roosters crowing in back gardens, and the milkman making his rounds. It’s a lazy, peaceful kind of morning, and I leave the door open and set out a plate of scraps for the cats that like to wander through.

I’m upstairs when the bell rings. A woman is waiting in the workshop, crouched down and petting one of the cats. She stands up when I come in, trying to smile at me, and I know what the trouble is before she says a word. But I don’t tell her so. People need to talk about these things themselves.

So I sit her down on one of my stools and ask her what the trouble is. She’s nervous and fidgety, and I can tell she’d like to leave, but she doesn’t. She takes a small, battered heart from her bag and puts it on my workbench.

Can you fix it?

It’s the question they always ask. Every time, as if they really expect me to say no. They’ve tried to fix it themselves, that’s the trouble, and when they can’t—well. Too many people give up hope.

I look the heart over while she talks. Most of the hearts come to me with a single crack, a sharp blow that nearly broke them in half. A few have a half a dozen cracks, blows that have happened over a series of months or years. Those are harder to fix, but not impossible.

This one is different. It isn’t cracked, not the way hearts that have been broken usually are. It’s been worn down, dented several times in several places. The exterior is brittle, as if she’d tried to harden it herself to keep it from cracking under the strain, and it’s light in my hands. As if it were nearly hollow.

I listen while she tells me about herself, about everything the heart’s been through. About the husband who doesn’t meet her eyes, and the son who hasn’t called. About the empty life and the dreams she set aside and the hope she’s forgotten how to feel. She can’t remember a single blow or a moment that started the damage, but I can see that already. For a heart to dent and wear like this, it needs a subtle kind of pain, one that rubs and chafes but doesn’t crack. That kind of damage is harder to repair.

Unfortunately, it’s also easier to miss. I see it often enough when I go out walking or meet someone new on the beach, but it isn’t one I see in my shop very much. People ignore it. It’s not cracked, they say, not broken. So why fix it?

They don’t realize just how much damage has been done.

She’s waiting for me to tell her that it can’t be fixed. I can see that. Instead, I set the heart down on the table and ask her if she’s brought a case with her. Any clothes? She tells me she has a few things. I nod and tell her about a house that I own a few streets away. Next to the sea. It’s got a garden, and flowers growing in the windowsills, and a kitchen. The job will take a while, I tell her, and she’ll have to stay nearby. Is she willing?

Her yes is all the answer I need, and I set to work immediately.

She’ll like my house. I bought it for people like her, who need a bit of time to let me work. Heartsmithing is a complicated kind of business, and hearts aren’t fixed in a day.