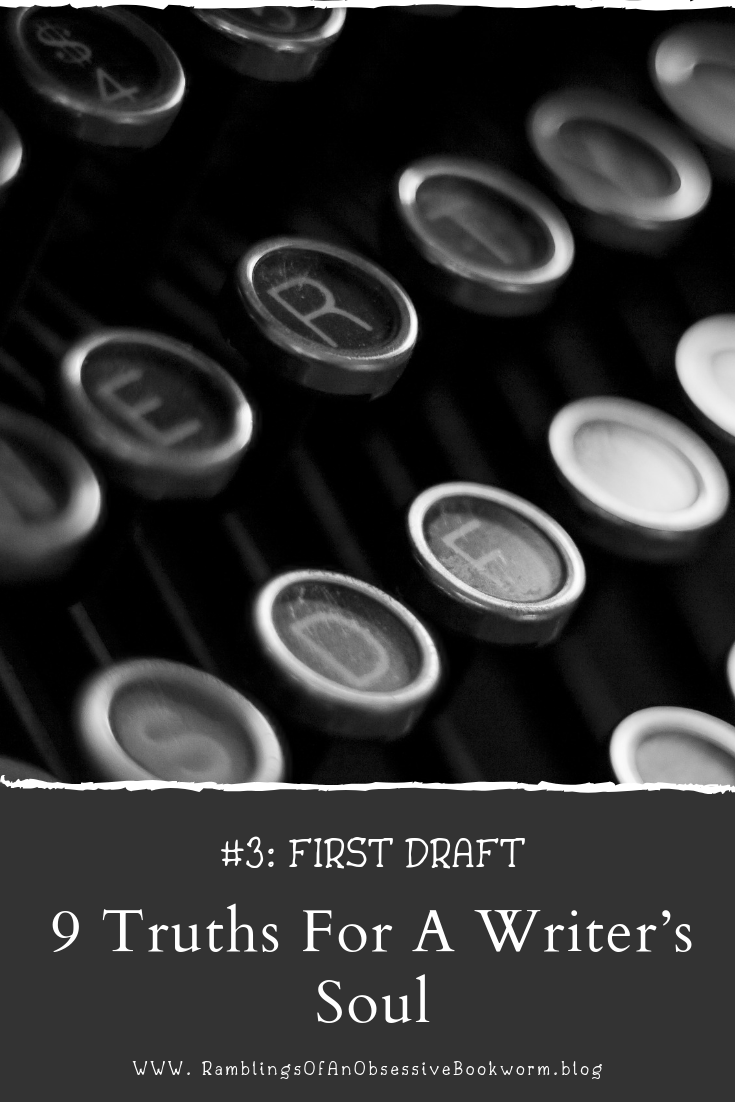 When I was eighteen, I was not the most competent person in the world.

Actually, I was pretty clumsy.

Which was fine, except that I had a younger brother who was good at everything. And I do mean everything. He could pick up magic tricks after two or three tries, could do a backflip on solid ground, and generally became competent at whatever he set his mind to within a matter of hours.

It drove me crazy.

The only thing that I could do that he couldn’t . . . was write. I could tell stories. I could focus on a task and follow it through to completion, no matter how long it took. Six months, a year . . . seven years. I could do it.

So I wrote a book, fueled by this passionate determination to be incredible.

And you know what?

And that, ladies and gentlemen, was the first draft of my book, We, the Deceived.

The point of a first draft is to make a mess.

And boy, did I make a mess with that first draft. And the second one, too.

But you know what? In the midst of those awful, painful first drafts . . . I was learning. And my story was developing. I got to know my characters. I began exploring my world, seeing it through eyes I never had before. I fell in love with words and discovered a passion for language that I never knew I had.

Many drafts later, my book has made people cry, hooked lifelong fans, and is now waiting in the wings, ready for a publisher.

All because I wrote a terrible first draft.

The best thing that I ever did for my book was to start over. Completely. I wrote the entire thing, typed the end . . . then I pulled up a new word document and started over at chapter one.

And writer, it flourished.

It had room to grow, room to be different, and yet it had an outline, a first draft, and a solid vision for where we were going.

It also taught me to write. And to write well.

Writer, stories need space. They need room to breathe, room to grow, and room to expand beyond what you first thought they would be.

That’s what a first draft is for.

Or, in the case of some of my chapters, draft twelve.

Four Tips To Apply It In Your Own Life

1. Hold onto the vision—not the draft. Don’t dump the ideas, the things that made you catch your breath, the plot that kept you awake at night, the characters you love. Those are important. Those should be preserved. Let the words change. Let the world grow.

2. Nothing will hold you back as a writer more than being afraid of work. Writing a book is a lot of work. Getting published is a lot of work. Building a fan base and keeping people interested in what you do is a lot of work. There is no way around that. But I’ll tell you this . . . I’d rather write than work anywhere else.

4. Create a vision for your book that is out of your reach. One that you will have to grow to reach. One that will stretch your skill level. You’re capable of more than you think, so reach for something that feels impossible. Your perception of your limits will be your cage eventually, unless you are convinced that you can write better, write bigger, and finish more.

Good luck, dearest writer! May your tea be hot and your dreams wild.

Was this post helpful to you? Tell me about it in the comments, and drop in any tips of your own! I would love to hear about it.