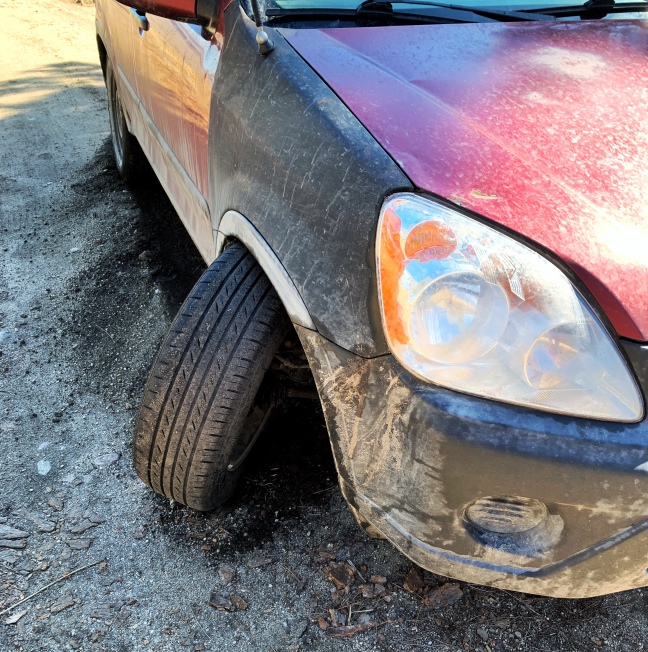 I’m in mourning this week.

Okay, not really. Because it was old and shabby and sounded like an airplane motor and smelled like diesel fuel. I tried not to hold it against it, but I did a little bit. Or a lot. I suffered through a lot of teasing because of that car. When I drove it, I sounded like I had aspirations for Nascar. The muffler was trashed, see, but I couldn’t tell people that when I stopped at a stoplight or revved my engine too loud in Walmart when I tried to park.

So it sounded like I just really liked my car and wanted to rev it really loud.

But, despite its oddities, it was a good little car. We went a lot of miles together. I drove down to Missouri in it two years ago for my first solo road trip, it took me back and forth to multiple job interviews, and it was there for my first day as an apprentice scriptwriter.

I should have called it old faithful.

Actually, its name was Nat.

But, like I said, it’s dead now. Maybe I can resurrect it. But I kinda doubt it. It was about time for a new car anyway, and since I’m working from home for the next two weeks because of the crazy virus, I won’t actually need a car for a little while. So I have some time to go shopping and figure out what I want.

I’m a little excited. I have a bumper sticker from the famous Mark Ludy that I absolutely refused to put on my ridiculously loud, smelly, old car because I definitely did not want to waste it. Maybe now I’ll be able to pull it out and use it for my new one.

As long as I actually find a new one.

And my new one doesn’t sound like an airplane.

Any old faithfuls in your life on their way out? Tell me about them in the comments!